Our team has an established track record of service to our patients and our Delaware community since 1996. We want to be reminded that we are here for you, not only as a patient, but also here for you as a fellow community member seeking healthcare. As an orthopaedic practice, we have helped garner national recognition for the work we do at Beebe Medical Center. We have provided education to our community members through seminars sponsored by Easter Seals, Arthritis Foundation, Beebe Medical Foundation, and numerous other lecture series given around the Delmarva Peninsula. We have earned the reputation and respect as caring providers.

We want to foster service and education in our office. Patients need to take responsibility for their health. This can only be achieved by understanding the problems and knowing treatment alternatives. Education is the only way to meet this goal. Our role as an orthopaedic practice is to help you along that path. We are not the cure, but an instrument towards that goal. Whether it be caring for broken bones, disabling arthritis pain, musculoskeletal disease, infections, and other injuries; we have a commitment to working together along that path to self improvement.

If we forget that role, or our patients chose not to pursue a path towards recovery, then we have failed. Complex issues take time to evaluate and treat. Many times, a multi-specialty approach is necessary towards making a diagnosis. Whether it be with the help of a rheumatologist, physiatrist, pain management physician, therapist, internist, or a Tertiary Care Center; we can help direct. So let’s work together and make living life better. I have a team that will help us achieve that goal. Help us to help you. 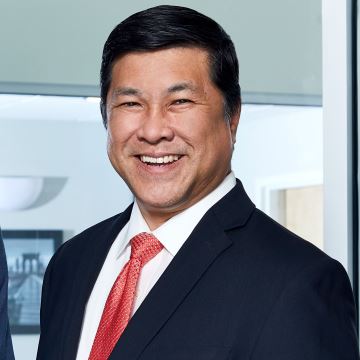 Dr. Wilson Choy is a native New Yorker and makes routine trips to Manhattan for family visits. Dr. Choy began his studies at Rensselaer Polytechnic Institute in 1980, focusing on biomedical engineering. While attending that exceptional school, he met his future wife. When they graduated, she attended University of Pittsburgh School of Medicine and he took a job at Carnegie Mellon University in the field of robotics research. Through that work, Dr. Choy realized that engineering was not his preference. He decided to pursue medical school instead.

He earned a master’s degree in Physiology from Georgetown University, then attended Health Science Center at Syracuse, New York, where he studied for his medical degree between 1986 and 1990. His mother, thinking he would finally start earning a living, was surprised to learn that his specialty required five more years of training before he could practice.

He and his wife, Linda, moved to Long Island. There he completed his residency in orthopedic surgery in 1995. Dr. Choy was accepted as a Fellow at the Brigham and Women’s Hospital, specializing in adult joint reconstruction. He was also appointed associate clinical professor at Harvard Medical School. In addition to performing knee, hip, shoulder, and elbow replacements, he enjoyed being able to help patients by revising implants that had failed over the years. He served as a research fellow for Smith & Nephew Company, Inc., looking into the specific causes of implant failure.

Dr. Choy has become skilled in complex reconstruction of patient extremities following traumatic injuries, and he is competent in treatments involving the injection of radioactive isotopes into knees of patients afflicted with inflammatory arthritis (e.g., rheumatoid, psoariatic, etc.).

After completing his Fellowship in 1996, Dr. Choy found his way to southern Delaware, where he performs more than 400 joint replacements a year at Beebe Healthcare in addition to practicing general orthopedics. He was the first surgeon in the area to perform the procedures known as the “mini” total hip incision, and the overnight-stay partial knee replacement.

He has given numerous educational seminars to the general public at community events, to physical therapy and nursing students in the community, and to fellow physicians. He has been a guest lecturer in seminars sponsored by the Arthritis Foundation, Easter Seals, Nursing Associations, Pharmaceutical companies, Physical Therapy companies, and Beebe Medical Foundation.

Beebe Medical Center has grown to meet the demands of its’ community and Dr Wilson Choy has served as an active participant in more than seven different committees to help in it’s expansion. He is now proud to serve as a Medical Executive Committee member at Beebe Healthcare. He has helped to established a strong orthopaedic program at Beebe Healthcare and has garnered national recognition for its’ achievements. Go to www.beebehealthcare.org to see.

When he finds time away from his work and his four children, he enjoys skiing, fishing, bicycling, tennis, kayaking, and traveling.

Dr. Harriott’s career, however, started somewhat unconventionally. He obtained his undergraduate degree in Mechanical Engineering from Cornell University. Following that, he then completed a Masters in Mechanical Engineering and then a Masters in Business Administration. After graduation, he worked for Perkin-Elmer on the Hubble Space Telescope, and later for Hewlett-Packard designing medical ultrasound devices. This work is what sparked his interest in medicine. He attended Harvard Medical School, followed by a residency in orthopaedics at Vanderbilt University. His Sports Medicine fellowship was at Pennsylvania Hospital, where he assisted in the care of professional team athletes of the Philadelphia Eagles, Flyers, Kixx soccer team, Camden River Sharks baseball team, and Rowan football team.

In his free time, Dr. Harriott enjoys restoring sports and classic cars, and driving them occasionally on the track. He also enjoys windsurfing on the bay, cooking, and gardening. 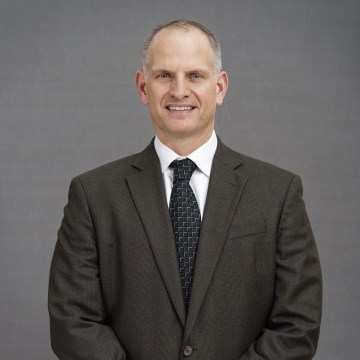 Dr. Barrish graduated from the University of Delaware with a degree in Biological Sciences in 1990. He attended Jefferson Medical College in Philadelphia from 1992-1996.

Dr. Barrish has practiced in Southern Delaware since 2001. As a Board Certified Physical Medicine & Rehabilitation specialist, he utilizes non-surgical interventions to treat patients with various musculoskeletal and neurologic conditions, including overuse injuries, arthritis, sports and work-related injuries, neck and back pain, spasticity, and peripheral nerve conditions. 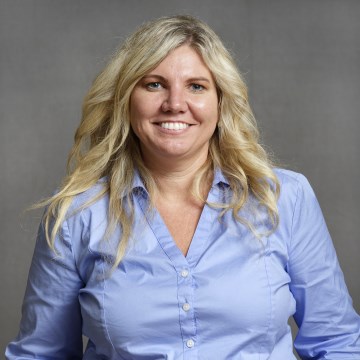 Amanda is a native of Sussex County Delaware. She was born and raised in Laurel, one of 4 children in a close family, where she still resides. She went to Sussex Technical High School. Then earned her associate’s degree as a physical therapist assistant from Delaware Tech. Amanda worked at Beebe Medical Center for 8 years as a physical therapist assistant while finishing her bachelor’s degree from Wilmington University. Her love of helping people brought her back to school in 2007 at University of Maryland Eastern Shore where she became a Physician Assistant

When she is not working, she likes to take her jeep on the beach; spoil her niece and nephews, and enjoy all that the coastal Delaware has to offer.

The physician assistant profession offers many rewards. One of the most fulfilling aspects of the profession for Amanda is the simple “thank you” or hug from patients after they return to activities that they had difficulty with in the past.

Bryan Pepper is a Physician Assistant (PA) graduate who has recently joined the practice. He is a Delaware native and was born on DAFB. He grew up living in Germany, Florida, North Carolina, and then ended up back in Delaware where he graduated from Polytech High School. He then served as an Infantryman in the Army and was honorably discharged in 2010. He developed his interest in medicine during his enlistment.

After separating from the Army, he completed his undergraduate degree in Health Sciences at Philadelphia University in 2015. Bryan then attended Arcadia University and completed his Master in Medical Science in Physician Assistant Studies in early 2017. During his studies he served as the Delaware Academy of Physician Assistant student representative.

Bryan’s background in sports and his military service led to his interest in Orthopedics.

His wife, Lauren, is a special needs educator in the area, and when he is at home his favorite activity is playing with his son. Bryan looks forward to providing orthopedic care to the area for the rest of his career. 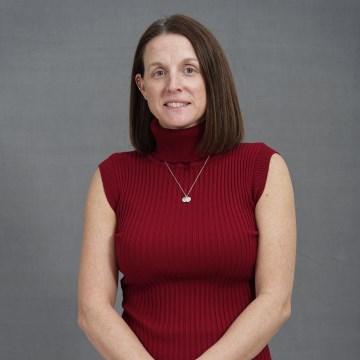 Jennifer J Hazzard, PA-C, ATC, is a native to Sussex County Delaware. She grew up in Georgetown, DE and is a graduate of Sussex Central High School. Jennifer went to the University of Delaware, graduating in 2003 with a Bachelor of Science degree in Athletic Training and Exercise Science. After obtaining her certification in Athletic Training, she continued her education pursuing a career as a Physician Assistant from Anne Arundel Community College. Jennifer also received a Masters of Medical Science from Saint Francis University in Pennsylvania. She has always had a love for the area, so she returned to Delaware after graduating and currently resides in Lewes with her husband, John and two daughters, Hayden and Tenley. Jennifer has been a certified Physician Assistant since 2006. She has played a vital role in assisting the care of patients in the operating room, in the hospital, and in the office setting. Mrs. Hazzard helps to assess, to diagnose, and to render treatment of all orthopaedic conditions. 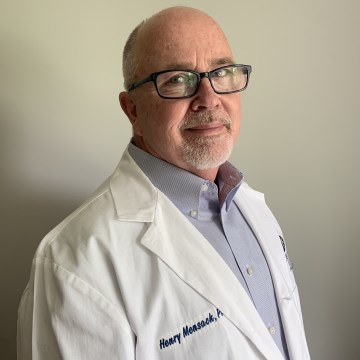 Henry Mensack is a 1998 honors graduate of the Physician Assistant program of Hahnemann University in Philadelphia. As a physician assistant he has specialized in orthopaedics and emergency medicine. At Premier Orthopaedics, Henry Mensack specializes in the treatment of non-surgical musculoskeletal conditions. Prior to practicing as a physician assistant he was a registered nurse, practicing at the Children’s Hospital of Philadelphia and Christiana Hospital in Newark, Delaware. In addition, he served as the only non-physician Board Member of the Physicians Health Committee of the Medical Society of Delaware.